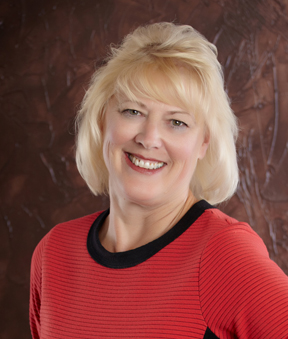 Katie Sickles is a small town girl—from Cedaredge, Colorado; Ouray, Colorado is a small town—just the right size. She’s an outdoor girl—bikes, hikes, swims and crossfits; Ouray has a hot pool, fitness center and tons of biking and hiking trails. She has experience in locating resources and implementing infrastructure action plans. Katie worked on more than one task force in Delta County, where she was town administrator for over 10 years. Ouray has some infrastructure issues—helping to resolve them is at the top of her own action plan. Ouray was always a favorite family vacation spot while she was growing up; now she lives here. Katie and Ouray—a perfect fit.

What does Katie like best about Ouray? Pretty much everything. “I love it because it’s a small town, and everything is ‘walkable.’ We have great restaurants, too, and so many things to do.” Katie came here in November, serving as interim city administrator while they were recruiting—and they recruited her. The position became permanent in February. “I’ve been coming here quite a few years,” she explains. “The family vacations when I was growing up, frequent trips when my kids were growing up in Cedaredge, and as a volleyball official for high schools in the Montrose District, which includes Ouray. I was here often.”

City administration wasn’t her first job. “After graduating from Delta High School, I left to find bigger and better things. I worked in the accommodation field in south New Jersey, a big tourist area, for a few years. I was in my early twenties. I had a great time.”

Katie came home, married, raised a family of four children, and went back to school to get a masters degree in public administration at the University of Colorado at Denver. When her degree was completed, she went to work for the Delta County EMS Special Funding District Task Force, where she helped draft a service plan for the proposed Delta County Ambulance District. Her next position was also with Delta County, as the GIS Coordinator. Then in 2006, she was hired as Cedaredge Town Administrator. All this before she accepted the interim position with the City of Ouray last year, which is now a permanent position.

She’s excited about where Ouray’s municipal operations are now, and looks forward to making some positive changes in the infrastructure. “Ouray has some conflicts and compliance issues right now—sewer and ice park, to name two. Many of the plans that have been in the talking stage are now ready for action plans and implementation,” she notes, “and I’m anxious to help find the resources and work with the community to get the job done. I want to be the ‘getter-together’ person.”

Sounds like she can do it, too. Katie is a perfect fit for the job.

Katie shared more about her plans and what she hopes to accomplish when she spoke at the monthly meeting of the Ouray County Woman’s Club March 20, 2018.

WCOC Meetings are held at 1-3 p.m. at the Ouray Community Center, San Juan Room, Ouray, Colorado. Now in its eighth year, and created by Club VP, Barb Morss, most meetings feature a unique program presenting guest speakers who are : “uncommon women” and who lead “uncommon lives.” Following a break for refreshments, a short business meeting is held. The public is welcome. Click here to view the list of past and future guest speakers.

this is the default sidebar