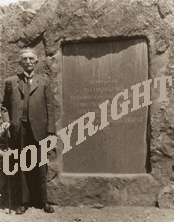 OTTO MEAR’S LIFE STORY chronicles the entrepreneurial spirit of the settlement of the American West—he epitomizes the spirit of “manifest destiny.” Born in Russia in 1839 of a Russian mother and British father, Mears was orphaned at the age of three. The next six years he lived with an uncle, who then packed him up and sent him to England. He spent two years there before being sent to America to live with yet another uncle in California. He crossed the Atlantic by steamer, walked across the Isthmus of Panama, and settled in San Francisco, where he traded work for lodging. And work he did, selling everything newspapers to ice cream. In 1861, Mears joined the Union Army for $50 a month pay. His unit was shipped out to New Mexico where they were involved in several battles with Texan Confederate troops.

Mears mustered out of the army in 1864 and went to work for the Staab Brothers, wealthy Jews who owned a store in Santa Fe. They offered to help Mears, a fellow Jew, open a store in Conejos, Colorado, so he moved north into the new territory. There was a shortage of flour in the mostly unsettled territory, so Mears, always making the most of opportunity, started growing wheat and built a mill to grind it into flour. He supplied flour to Army forts, who paid high premiums. New markets were opening up—there were gold strikes in Leadville and surrounding mining towns—and Mears found that the miners would pay twice as much for the flour as the military would.

There were no roads to most of these towns, so Mears started building roads to them—mostly toll roads. Word got out about his road-building skills and he was commissioned by the US Government to build a network of roads to deliver the mail. 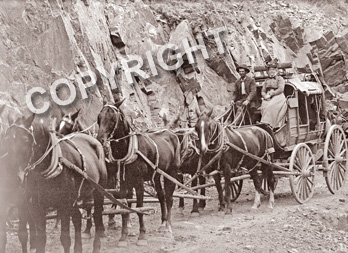 Transportation was hard—there weren’t many roads and much of the time goods had to be transported by mule or oxcart. With the signing of the Brunot Treaty, the San Juans were opened up to settlement in 1874. Mining towns sprang up overnight and so did the demand for goods and services. County governments were strapped and could not build roads, so many of them invited Mears to build “toll” roads, where he could charge people to use them. He eventually built 450 miles of road in the San Juans.

As the mining camps boomed, capital flowed into the area and there was a demand that the ore be moved more efficiently to the smelters. Railroads were the answer, and, as always, making the most of the opportunity, Mears started building railroads. He built the Rio Grande Southern Railroad from Durango through Telluride to Ouray. He built the “Three Little Lines” from Silverton out to the mining camps of Ironton, Gladstone and Eureka, where fabulously rich mines were producing tons of gold and silver, and through the years made and lost fortunes.

Mears married his wife Mary in Saguache in 1870 and had daughters Cora and Laura, whose husbands later became partners in Otto’s businesses. His house still stands at 9th and Reese Streets in Silverton. Although small in stature, Otto lived to the age of ninety-one, a giant of a man in the history of the San Juans.